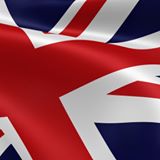 We live in a village called Crigglestone, which is about five miles from Wakefield, West Yorkshire, England. Our house is about one mile from the M1 motorway, so its very handy for Alison, as it only takes her about twenty minutes to get to work. Its also handy for Richard to get to work in Wakefield and it also takes him about twenty  minutes although its only quarter of the distance !

Wakefield is located right in the centre of the United Kingdom, its about two hours on the train from London and Edinburgh and one hour from Manchester.

Wakefield has a long and rich heritage with the city being able to trace its heritage back to at least the Roman times when a church was built on the site of what in the 14 century became the Cathedral Church of All Saints. The Cathedral still dominates the city centre and its 500 year old spire at 75 meters tall is the highest in Yorkshire.

Wakefield was originally settled on  a hill overlooking the river Calder and was constructed around the crossroads of its main streets, Westgate, Northgate and Kirkgate. It was certainly in existence in 1086 when it warranted a mention in the Doomsday book, although it was recorded as Wacafeld.

There is speculation that it was once the site of an ancient festival. The town owned its early prosperity to its position as an important trading centre. At one time an inland cloth and grain port, it developed rapidly and by the 13th century played host to a thriving market at which the area's weavers could sell their products and obtain raw materials.

Sandal castle stands in a commanding position overlooking the River Calder just outside Wakefield.  It is best known for the famous Battle of Wakefield which was fought nearby in 1460 at the time of the Wars of the Roses.  Richard, Duke of York was killed in the battle.
During the English Civil War in the 1640's Sandal Castle was besieged twice by Parliamentary forces.  Afterwards, it was stripped of its defences.

As with many northern English towns, the face of Wakefield changed dramatically when the Industrial revolution began to gather pace. The main reason was 'King Coal'. Mining was not new to the area and Cistercian monks had been extracting the black gold as early as the 12th century. However the late 18th and early 19th century saw coal mining expand as never before with pits owned by powerful entrepreneurs who rapidly amassed great fortunes at the expense of men and boys who slaved away in dangerous conditions deep underground.

Wakefield was important in defining this difficult relationship between employer and employee and in 1842, as a result of the miners' calls for a decent wage, the Miners Philanthropic Society was formed in the City. In 1843 it became the Miners Association, providing an early foretaste of the industrial unrest which was to characterise the coalfields for 150 years to come.

Wakefield in the 21st century is a very different place, all of the coal mines have gone following 'The Strike' of the early 1980's, as have the mills and most of the heavy industry, and the slum housing.

In its place engineering,  distribution depots, Information Technology, and Wakefield is developing into a cultural hub with the renowned Hepworth art centre, and of course the annual Rhubarb festival!. Wakefield has a very high proportion of white collar workers, this is due to it being the home of the West Yorkshire Police, the former home of West Yorkshire County Council (until it was abolished in the 1980's), and the proximity of Leeds/ Huddersfield/ Bradford/ Sheffield).

Wakefield City has a rough population of 90,000, if you include the satellite villages and the five towns (Pontefract, Castleford, Featherstone, Horbury and Ossett) which make up the Wakefield Metropolitan District the population is in the region of 330,000.